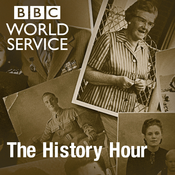 de
Women in the law
Trailblazing British lawyer Rose Heilbron was the first female judge at London's famous Old Bailey criminal court. Her daughter Hillary Heilbron QC remembers how hard she had to fight to be accepted. Dana Denis-Smith, founder of the First 100 Years Project about the history of women in law, discusses women's participation in legal professions around the world. Plus, being a Muslim in China, the Swedish warship restored after 300 years, the assassination that aimed to revenge the Amritsar massacre, and Pando, the biggest living organism in the world by mass. Photo: English KC (King's Counsel) Rose Heilbron (1914 - 2005) arrives at the House of Lords in London, for the traditional champagne breakfast hosted by the Lord Chancellor at the start of the Michaelmas Term for the law courts, 2nd October 1950. (Credit William Vanderson/Fox Photos/Hulton Archive/Getty Images)
The AIDS memorial quilt - a patchwork of loss
How an LGBTQ+ activist decided to commemorate friends who had died of AIDS with a quilt, plus sequencing the 1918 flu virus, five years of war in Yemen, the story of a child abandoned in Hong Kong, and an attack on South Korea. (Photo: A section of the AIDS Memorial Quilt. Getty Images)
The launch of the Hubble Space Telescope
In 1990, NASA launched the historic mission which put into orbit the Hubble Space Telescope. The orbiting observatory has revolutionized astronomy and allowed us to peer deeper than ever before into the Universe. We hear from astronaut, Kathryn Sullivan. Plus, China's cure for malaria, the "Red Scare" in Hollywood in the 1940s and 50s, and a pioneering sexual harassment case at the US Supreme Court. PHOTO: The Hubble Space Telescope (NASA)
The 1918 'Spanish' flu pandemic
A special edition looking at how the world has battled deadly viruses over the past 100 years, We have eyewitness accounts of the 1918 flu, and the recent struggle against SARS, we hear how a vaccine saved millions from Polio, and the moment the world discovered the killer viruses known as Marburg Fever and Ebola in the 1960s and 70s. (Photo: An American policeman wearing a mask to protect himself from the outbreak of Spanish flu. Credit:Topical Press Agency/Getty Images)
The history of the Volkswagen Beetle
How the British army helped rebuild the German car industry after WW2, plus the fight to ban leaded petrol, psychiatry as punishment in the USSR, striking South Asian women in 1970s Britain and 'Womenomics' in Japan. Picture: Major Ivan Hirst (right) driving the 1000th Beetle off the production line at Wolfsburg in March 1946 (Credit: Volkswagen AG)
Mostrar más 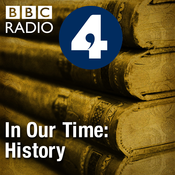 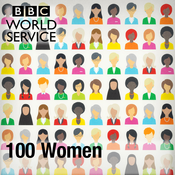