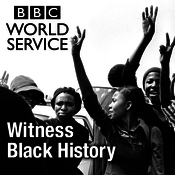 de
Three Strikes Law
One man's experience of the controversial US law that saw thousands locked up for life. Under the law in California, a third conviction for a felony offence would lead to a life sentence. At times in California, 45% of "three strikers" were African American. Many were sentenced to life in prison for non-violent or minor offences. Alex Last hears the story of Bilal Chatman, and his hopes for reform. Photo credit: Getty Images
Rodney King and the LA riots
People took to the streets of Los Angeles in fury after police, who had assaulted a black driver called Rodney King, were acquitted in 1992. His assault had been captured on video and played repeatedly on US television. In 2012 Nina Robinson spoke to Rodney King about the beating, the trial of the police, and the anger and mayhem that followed their acquittal. Photo: Rodney King in 2012. Credit: REUTERS/Shannon Stapleton
Black basketball pioneers - Texas Western
In 1966, an all-black team went head-to-head with an all-white team for the National College Basketball championship - one of the biggest prizes in American sport. To much surprise, the African-Americans of Texas Western College defeated the University of Kentucky, then the number one team in the country. The game is now regarded as breaking the colour barrier in US basketball. In 2016 Nija Dalal-Small spoke to Nevil Shed, one of that groundbreaking Texas Western team. The programme is a Sparklab Production for BBC World Service. PHOTO: Texas Western celebrate their victory in 1966 (Getty Images)
The 16th Street church bombing
Four young black girls were killed in a racist attack on a church in Birmingham, Alabama in 1963. The 16th Street Baptist Church was a centre for civil rights activists in the city. One of the girls who died was Addie Mae Collins, her sister, Sarah Collins Rudolph was badly injured but survived. In 2013 she spoke to Eddie Botsio about the bombing. Photo: men carrying the coffin of Addie Mae Collins at her funeral. Copyright: BBC
Brown v the Board of Education
In 1954 the US Supreme Court ruled that the segregation of public schools on the basis of race was unconstitutional. The case was a turning point in the long battle for civil rights in America. In 2017 Farhana Haider spoke to Cheryl Brown Henderson, the youngest daughter of Oliver Brown, who was the named plaintiff in the class action against the local board of education. Photo: African American student Linda Brown, Cheryl Brown Henderson's eldest sister (front, C) sitting in her segregated classroom. Credit: GettyArchive
Mostrar más 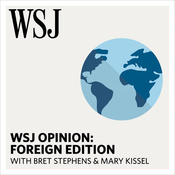 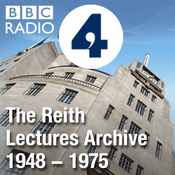