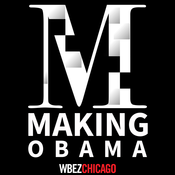 de
Beyoncé BONUS: Fearlessly Herself
In the lead up to Beyoncé's solo album debut, Dangerously in Love , a lot was at stake. She was hoping to break out not only as a solo artist, but as a star on multiple levels — music, endorsements and film. Along the way she’d find love, but she’d also have to battle doubt, even within the record label.
Beyoncé 3: Destiny Begins
After Girls Tyme dissolves, Beyoncé and the other girls begin building their new group, Destiny’s Child. Finally, things start to click.
Beyoncé 2: Star Search
After failing to secure a record deal, Beyoncé and the members of Girls Tyme try another avenue to success: a TV talent competition. The girls are poised and ready for the national spotlight, but tensions in the group are rising behind the scenes.
Beyoncé 1: Girls Tyme
Before the Grammys, before the platinum records, before Destiny’s Child, there was just a shy girl growing up in Houston. We follow Beyoncé Knowles from the stages of local talent shows to her first crack at a record deal with the group Girls Tyme.
Trailer: Making Beyoncé
From the makers of&nbsp; Making Obama , WBEZ Chicago presents&nbsp; Making Beyoncé , a new three-part bio-podcast series that explores Beyoncé Knowles’ rise from local talent shows to global musical icon.&nbsp; Find episodes of&nbsp; Making Beyoncé right here beginning Friday, Nov. 15, 2019.
Mostrar más