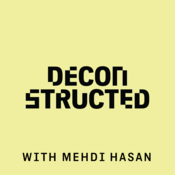 de
How Bloomberg Blew it In Las Vegas
On Wednesday night, 6 of the remaining Democratic candidates faced off in Las Vegas ahead of the Nevada caucuses. All eyes were on former New York Mayor Michael Bloomberg, who, despite sitting out the early contests and appearing in none of the previous debates, has surged in many polls thanks to a relentless self-funded ad campaign. Would he live up to his own hype? In a word, no. Bloomberg was unprepared for the barrage of attacks he faced from all sides, and suffered especially from a set of withering takedowns at the hands of Massachusetts Senator Elizabeth Warren. Intercept DC bureau chief Ryan Grim joins Mehdi Hasan to discuss Bloomberg’s debut performance and how the debate might affect the race going forward.
Live from L.A. with John Legend and Patrisse Cullors
The United States has the biggest prison population of any country on the planet. The crime rate is down, but the incarceration rate continues to soar. With the 2020 presidential election around the corner, what hope is there for fixing the system? Mehdi Hasan sits down with John Legend and Patrisse Cullors in Los Angeles for a live conversation about criminal justice. Deconstructed interviews a variety of guests who share their views in order to educate and inform our listeners on the most pressing issues of the day and on the democratic process. Our guests’ views on the issues and on elected officials’ and candidates’ approaches to them are their own, and do not reflect of the views of First Look Media Works.
Rigged: The Acquittal of Donald J Trump
As predicted, the Republican-controlled Senate voted on Wednesday to find President Donald J. Trump not guilty on both articles of impeachment brought by the House of Representatives. It was a party-line vote, with one notable exception: Utah Senator Mitt Romney became the first Senator in U.S. history to vote to remove a president of his own party. Democratic Senators Jeff Merkley of Oregon and Brian Schatz of Hawaii, who both voted to remove the President, joined Mehdi Hasan by phone shortly after the vote to discuss the implications of Trump’s acquittal for the future of the Senate.
Does Joe Biden Have a Corruption Problem?
On January 20th, The Guardian published an op-ed by New York attorney and law professor Zephyr Teachout entitled “‘Middle Class’ Joe Biden has a corruption problem – it makes him a weak candidate”. In it, Teachout argues that Biden’s history of taking big donations from the credit card, healthcare, and fossil fuel industries and then voting on their behalf makes him a poor choice against Trump in the Fall: “a lot of the voters we need,” wrote Teachout, “independents and people who might stay home – will look at Biden and Trump and say: “They’re all dirty.”” Teachout is a public supporter of Bernie Sanders and when the Biden camp took umbrage at the piece, Sanders publicly apologized for it. “It is absolutely not my view that Joe is corrupt in any way,” said the Vermont Senator. “And I'm sorry that that op-ed appeared.” But was that really the right reply from a candidate who has made the fight against big money in politics one of the cornerstones of his campaign? Zephyr Teachout joins Mehdi Hasan to discuss Joe Biden and the culture of corruption in Washington.
Why is Billionaire Tom Steyer Running for President?
With the Iowa caucuses less than two weeks away, the Democratic primary increasingly seems like a two-way contest between former Vice President Joe Biden and Vermont Senator Bernie Sanders. The latest polls show Biden leading in Iowa and Sanders leading nationally, and calls are getting louder for the lower-tier candidates to drop out and allow support to coalesce around the leaders. Despite failing to poll above 4% nationally, California billionaire and philanthropist Tom Steyer insists he still has a path to the nomination, citing relatively strong recent polls in Nevada and South Carolina. Analysts estimate that Steyer’s campaign has already spent over $100 million on radio, TV, and digital advertising since launching back in July. Mehdi Hasan talks to the candidate about what he’s getting for all that money, and whether it might be better spent on house and Senate races around the country.
Mostrar más 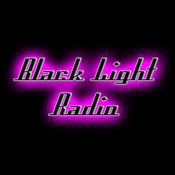